Family Camp and the Old Testament Prophet School of Teaching

You want to hear about the best reception we ever got for teaching?

We had a lot of great Biblical principles about communication that we wanted to present, and we wanted the people to really listen.  The trouble was, this teaching was gonna be the first session at camp. And was going to be a great camp-- the churches participating had organized driving instruction for those who want to learn to drive, massage therapy for those with health problems, and crafts and games and sports tournaments. Plus it was all in a beautiful green natural setting (unusual for Lima!) and there was a swimming pool! We just knew that everyone would be waiting to get class over so they could get to the fun stuff!

So we were asking God how to keep the attention of a crowd of oldsters, old and young marrieds, teens, and children with swimming pools on their minds? And the answer? Skits. Just think of all the dramatic examples in the books of Ezekiel and Jeremiah.

Example: a soft answer turns away wrath.  Tammy throws on a purple cape to go to a wedding and Mike laughs and says she looks like a stout eggplant.
Wrong way: she goes ballistic and the fight is on.
Right way: she laughs at the idea and they’re off to the wedding.

People were talking about the skits all four days of camp. The "stout eggplant" skit communicated so well that at the end of the camp one elderly woman gave Tammy an offering of 50 soles because she said she would never forget that lesson! 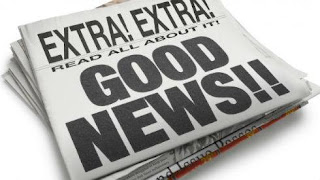 May 13th we had our visa appointment and everything looks good to go.  We should get our residency visas in 60-90 days.  That is a real answer to prayer.
by Tammy Riggs el July 05, 2019 No comments:
Email ThisBlogThis!Share to TwitterShare to FacebookShare to Pinterest
Labels: praise 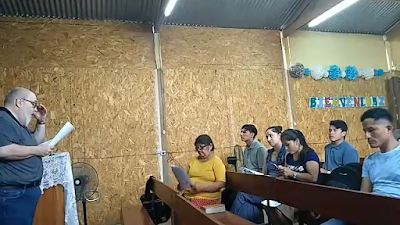 Seminario Luz y Vida kicked off March 30th with a class in Defensive Apologetics.
Students in the month-long class learned the differences between biblical Christianity and cults. 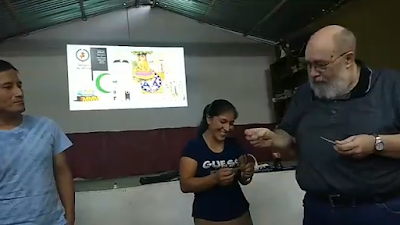