Mike spoke three times as the main speaker at the anniversary of the Ollantay church in Pamplona Alta.  There were attendees from at least four other churches that are daughter churches or friendly churches.  The church was planted by  Baptist missionaries as one of the first churches in its area and was celebrating its 46th anniversary. We made some good contacts for future conferences and classes, as well. 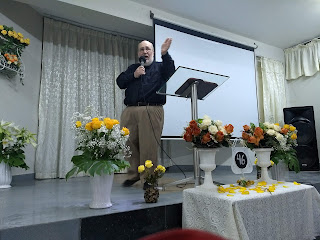 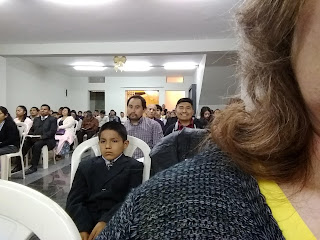 by Tammy Riggs el November 17, 2018
Email ThisBlogThis!Share to TwitterShare to FacebookShare to Pinterest